Two years back, the word “Twitter” was unheard off. Now, we speak, read and hear about Twitter and its related information on an hourly basis. That should tell you something about the repercussion of Social networking. Today, having more followers in Twitter is a competition – not only for Teenagers, but even for celebrities like Britney Spears and Lady Gaga.

We have seen many articles which guide you to increase your Twitter followers. To be frank, the number of followers you have in Twitter has become a status symbol these days. But is that what Twitter is all about? Don’t let the numbers over shadow the actual usage of Twitter.

A misconception about followers

Even after this, if you state that these wrong followers won’t hurt you, then you are wrong. Having followers who won’t listen to what you say will reduce the marketing capacity of any product. Moreover, if you have a list of overflowing followers, it might be kind of a turn-off to people who are genuinely looking for connections. After all, it is the quality which is going to judge you and not the quantity.

So, why do you need quality followers? For Instance, let us state you are marketing to sell e-books through Twitter. For that, you need people who are truly interested in reading books. As a matter of fact, these quality followers will make other people buy your products. If they like your service, they will re-tweet about you and they will spread the news. Without them, Tweeting is simply idiotic.

How to get quality followers

Then again, a question will arise. How to get quality followers? Quality followers are more or less the people who have the Like Mindedness as you do. For instance, let us say that you are interested in buying something from eBay. Now go to the search tab and type “eBay”. You will get a list of people who are currently talking about eBay in Twitter. Filter through a few and you will get 10-15 people who want to sell or buy the same product as you do. Now, you have got yourself a pool of quality people to follow. After you get to know them, they will instantaneously follow you.

Let’s face it. The world has millions of people who are using Twitter to market their service and products. But somehow only some messages bubble through, reach the top and come to our screen. If you want that kind of a reaction, you need to have quality followers who are willing and interested to spread your message.

To round up, please avoid using all those fancy tools which claim to increase your follower count. They might give you the numbers but that is no better than watering a dead plant. 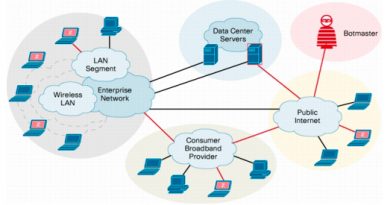