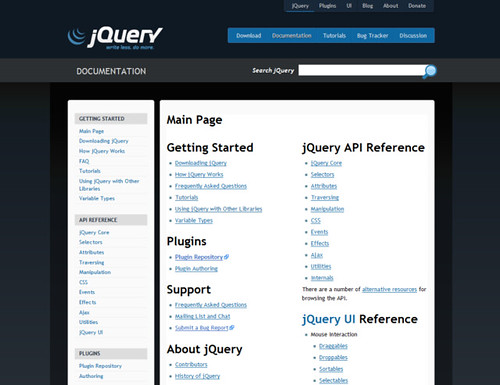 jQuery is one among the many Javascript libraries that help the web-developers write extremely complex code in very simple and straightforward manner. With its excellent support for DOM manipulation and judicious use of the Javascript framework, the jQuery does provide a very easy way to use its core functionality without the need to understand Javascript in detail. Moreover, since the platform developers continue to optimize the codebase of the tool, jQuery selectors have become quite fast and are just marginally slower as compared to the native DOM functions.

The problem comes with the way in which the jQuery utilizes “chaining”. While this highly appreciated feature allows you to do a large set of things in the same line, thus allowing you do a lot of powerful things in a single line, the solution may not always be optimal. The ease of use of the jQuery chaining does not make this visible at first, and you may keep adding more steps to the code without thinking about the performance much.

However, the problem with computational code is that the time complexity of adding a new loop does not grow linearly, but the addition of each extra link makes the complexity grow exponentially, and thus, a simple addition of few steps may increase a lot of algorithmic complexity. This also causes the code to keep reiterating, thus causing a performance issue, which can have detrimental effects on the page load time.

While there are many things that can be done to improve the overall performance of the code, the chaining slowdowns can be resolved or minimized by taking care of the following things in your code.

Overall, most web developers do not consider performance as key for jQuery, since it is quite optimized and being a client-side application, it will not be loading the servers. Moreover, since load on client machines is lower the scripts will be expected to execute faster, however, putting small checks and optimizations will ensure that the code loads faster even for visitors, who have slow machines.

jQuery impact on SEO and general wellbeing of your website