Companies, big and small, have joined the blogosphere. Microsoft is blogging, so are General Motors, Google, IBM and Sun Microsystems. Companies are using blogs to engage customers and employees as well. Written by employees and in some instances by CEOs, blogs adopt a conversational and engaging tone which make them easy reading. Blogging has even empowered employees in more ways than one. A glaring evidence is employee bloggers, in most cases, have shifted the power structure in their favor to establish a higher degree of credibility and influence more than their bosses.

According to a survey, people are far more likely to trust â€œaverage people like meâ€ than to trust people in authority like the CEOs. Employees are now in newfound and enviable positions to either promote or speak against their companies’ products, services, policies and positions on important issues. What is more, people are listening to what these bloggers are saying. Blogs are a trusted communication medium. The word of a blogger holds much value to a consumer far more than traditional marketing and advertising. By far, word of mouth is the most trusted form of advertising. This highlights the significant role that an employee blogger wields either to boost or hinder sales through his blog. This just goes to show that people would rather hear from real people talking with real experiences than listen to marketing talk.

Employee blogs have helped improve the image and reputation of their companies. One classic example is Microsoft. Its hottest and controversial blogger Robert Scoble (recently resigned) had openly criticized Microsoft concerning issues ranging from quality control to sensitive issues. His negative posts on his blogs called Scobleizer about the MSN Spaces product proved to be a blessing in disguise for Microsoft. Readers were all praises that the company’s resident blogger would express an opinion that runs counter to the company. As a result, Microsoft’s reputation as a bully and a great monolith was torn down. People now see a company that is run by actual people who has their best interests in mind. Robert Scoble in defense of his contentious actions emphasized that credibility is of utmost importance. If he will only sing praises about Microsoft it would sound like a press release and he would lose the ability to have an open conversation with his readers.

Robert Scoble’s penchant to criticize his employer was put to the test again when Microsoft CEO Steve Ballmer announced the company’s decision not to back an anti-discrimination bill against gays and lesbians. Scoble disagreed and publicly chastised Ballmer in his blog. Ballmer later reversed the decision. A few months before his departure from Microsoft, Robert Scoble, again, wrote a harsh critique against his employer for shutting down the controversial blog of Chinese Journalist Zhao Jing. He accused the MSN Spaces team of Microsoft for â€œbeing used as a state-run thugâ€.

Microsoft is not alone. Yahoo blogger Jeremy Zawdony openly scolded his employer in his blog. He complained about the practice of changing users’ home pages during the installation process of Yahoo software. He wrote in his posting that the action was insulting and downright disrespectful. Companies have also seen their reputations damaged by highly-publicized firings of employee bloggers. Mark Jen was sacked by Google apparently because he wrote about his life at Google including remarks on the company’s financial performance and future projects in his personal blog. Ellen Simonetti, A Delta Air Lines flight attendant was terminated allegedly for posting inappropriate pictures on her blog. The photos showed her in a skirt and blouse sitting atop the airplane seats.

All these incidents bring to the fore the delicate situations corporations that maintain blogs and employees that blog are in. Corporate blogs that criticizes management or its products or services present public relations dilemmas. On the other hand, if a blog contains nothing but good public relations posts, few people will be interested and will even be doubtful of the veracity of the blog articles.

As the importance of corporate bloggers becomes more evident, so do the corresponding disadvantages. Companies need a clear-cut policy on how blogging can be integrated into their communication and marketing mix. A company needs to set up corporate blogging policies to ensure that blogging thrives in a more controlled and productive manner. In essence, these guidelines will lay down the specific rules about what an employee blogger is allowed to blog about. Employee bloggers have to strictly abide by rules about leaking confidential company information or breaking federal securities disclosure rules. All these are preventive measures to avoid organizational and legal problems such as slander, libel and harassment.

Google has no definitive guidelines but allows employees to blog on the assumption that â€œthey are reasonable peopleâ€. One of Sun Microsystems policy states that â€œit is perfectly ok to talk about your work and have a conversation with the community but it is not ok to publish the recipe for one of our secret sauces.â€ Hill and Knowlton specified that as a publicly-owned company, bloggers cannot discuss company revenues, future plans.

Despite the controversies and the risks involved in blogging, companies are embracing blogging. Companies are well aware of the potential benefits of blogging. It is a way to connect with customers and partners, strengthens company unity and present a human face to the world-at-large. These companies feel that the benefits far outweigh the risks. Blogs are here to stay and will continue to be a reliable communication and marketing tool. It is and will be a reliable source of information for everybody.

Blogging will definitely change the power structure within any company. With a blog, an employee blogger, whatever his position in the company is can become an influential person for some audiences and customers. So it would be reasonable for blogs to be allowed to play the power game. Only One thing I would like to say is Game On! 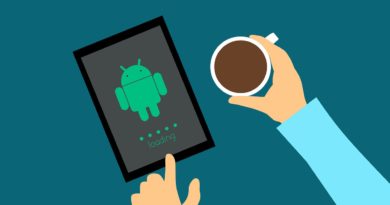 Turning off Automatic Updates on Your Android Device: Here is How

Google in the Uncyclopedia (Funny!)